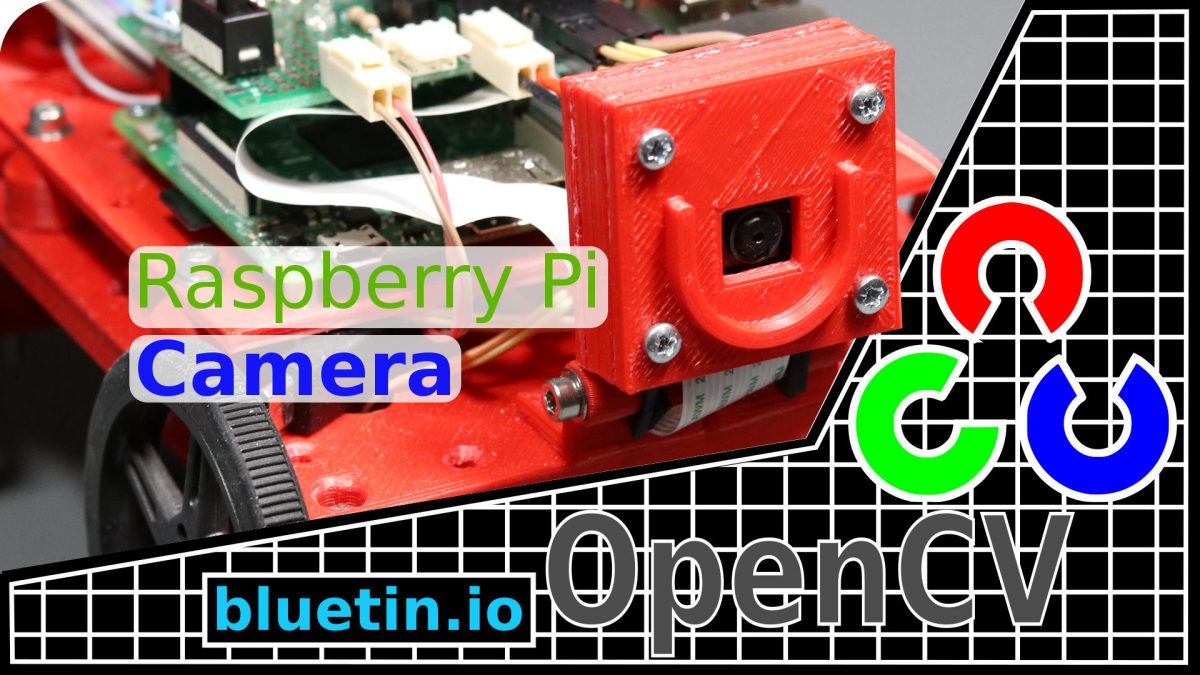 In this article, I install the Raspberry Pi Camera which I will be using to add camera vision to a robot. Also, to maximise the performance of OpenCV and Camera, I will be using a utility to add multithreading to the Python applications. Furthermore, I include Python demo code which also supports USB webcams.

This feature will provide a quick reminder on how to connect the Pi Camera to the Raspberry Pi. Also, you get a quick run-through on the software setup. I assume that OpenCV and supporting libraries are already installed; which will be needed to run the sample code included below.

The article below will provide an easy path to install OpenCV if you need to take this step:

Ideally, the camera is best in a fixed position with the Pi mainboard to avoid having the ribbon cable work lose.

SETTING UP THE SOFTWARE

After connecting the Camera to the Raspberry Pi board, we will enable the camera through the Raspberry Pi configuration tool. Therefore, SSH into the Pi using a Terminal program and enter the following command at the prompt:

Then, when the configuration tool opens, select interfacing options.

Find the Raspberry Pi Camera and enable it, then return to the Terminal.

Enter the following command to test the camera by taking a picture:

You can view the snapped image on the Pi desktop if you have access to it. Or, if no Pi desktop available, download the pic via FTP to view on the PC.

To access the Raspberry Pi Camera through Python, we need to install modules. The following command will install the main camera module along with a sub-module that will give Numpy Array support:

Note that you might want to use Python Virtual Environment if you have that setup. Furthermore, I use Python 3 in the command below; using a different Python version might need a different installer version.

The range of robot tasks is not limited to the above, but already there are at least three that can slow down the main thread of the robot program. I/O devices such as wireless gamepad, onboard camera and display can slow or even block code execution. So, to keep the main thread of our main program running smoothly, we can run the Pi Camera in a separate Python thread.

In a recent article, I put the wireless gamepad into a separate program thread to get around its code execution blocking feature. This time, I put the Pi Camera I/O function into a separate thread for the same reason. However, the work of creating a multithreading program for the Pi Camera is already done for us. All we need to do is install a Python package that is being maintained by Adrian Rosebrock from Py Image Search – Link.

Run the following command in the Raspberry Pi Terminal to install the Python package:

Here, I show the minimum of what you will require for a multithreading OpenCV application. Additionally, due to the features of the imutils Python library, we can easily swap between the Pi Camera and USB Webcam.

The imutils library takes care of implementing the camera multithreading functions. Furthermore, the library also takes care of different camera type handling. So, all we need to do is, initialise the video stream with the camera and frame size we want to use. To choose whether to use the Raspberry Pi Camera or a compatible webcam just update the variable as below in the code:

The above demo code runs under Windows and Raspberry Pi using compatible cameras.

If you are interested in running OpenCV on Windows 10, you will need to install Python. Then, using the Python pip package manager, install Numpy and OpenCV libraries. I believe Python includes the pip package manager with Windows Python installation.

The Idle application should now be available to run and edit Python code in Windows. Additionally, adjust the demo code above to work with USB webcam.

I hope you find this article useful – Pi Camera Video Capture with OpenCV and Python Multithreading, please like and share.