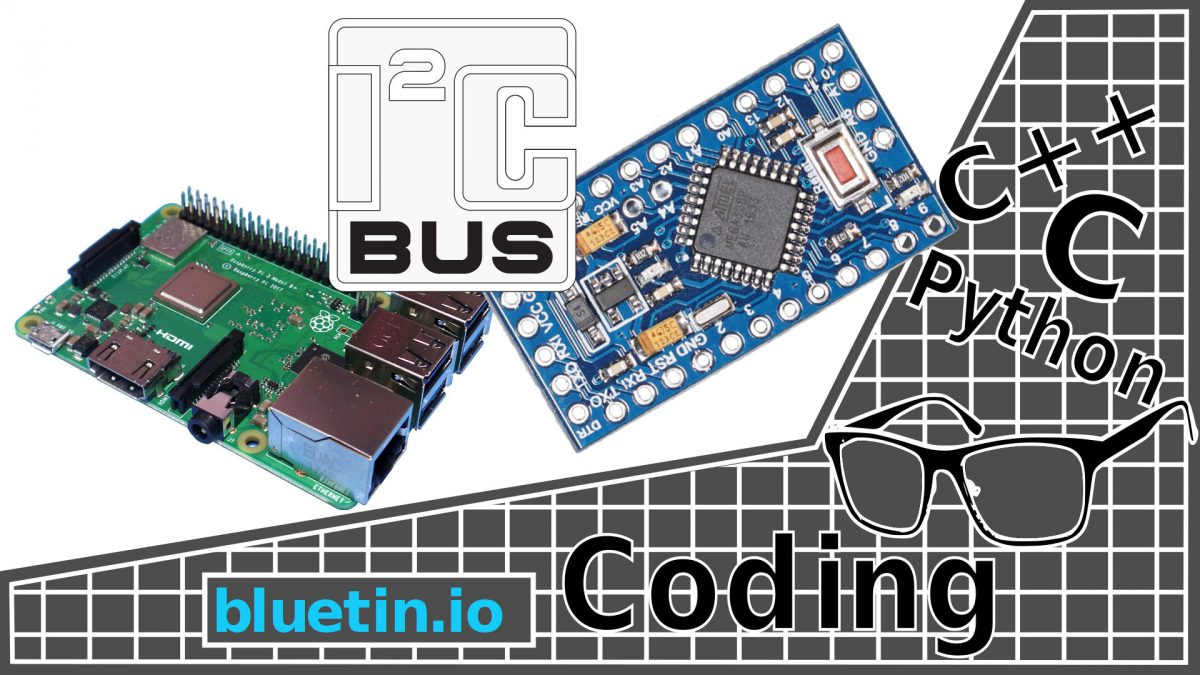 At some point, I’ll be looking to extend my Raspberry Pi robot, and one of the ways to do that is to use I2C (Inter-Integrated Circuit) serial devices. So, in this feature, I look at how to access an Arduino board from the Raspberry Pi using this serial bus. I also include both Raspberry Pi and Arduino code to demonstrate the use of the serial interface.

I think it’s true that the Arduino boards are a much more reliable platform than the Raspberry Pi when comes to timing critical functions. And this is due to the Arduino having onboard peripherals such as Timers, ADC and many more built-in modules. Also, the Arduino microcontroller executes program functions in real-time as opposed to an operating system queueing tasks for execution.

On initial testing, the Raspberry Pi B3 outperforms the Pi Zero by more than a hundred times. And this is measured by the number of failed read methods within the stream. So, the more read methods I perform per second; the more I2C bus errors I get.

Also, while mostly affecting the Pi zero, execution of another process can interrupt the I2C stream and cause increased errors. However, you can use exception handling in the code to prevent your program from crashing. You may need to perform retries until the serial interface returns to normal operation.

The Raspberry Pi is going to need some initial configuration to run the example code. Also, to support the SMBus2 Python library, we need to install some dependencies.

Secondly, we now install the dependencies required by the SMBus2 library. It appears, at least on my Raspberry Pi setup, I only need to install one package. Therefore, execute the following in the Pi Terminal:

Lastly, we install SMBus2, which is a drop-in replacement for smbus-cffi/smbus-python in pure Python. Enter the following command in the Terminal:

However, this circuit will not be compatible with 5v Arduino board versions. While it is possible to disable the Arduino pull-up resistors, a 5v spike on the I2C is still possible during the pull-up transition.

So, to check the correct installation of the software packages, run the following command at the Terminal Prompt. However, you will need the example code uploaded and running on the Arduino. This example code will set the slave address of the Arduino board, and hopefully, this test will detect that address.

You should get an output similar to the following:

The Raspberry Pi operates as the master while the Arduino is the slave device. The process of the program is as below:

The Raspberry Pi uses the SMBus2 read method to get a counter value from the Arduino device. Additionally, after each successful read, the counter on the Arduino is incremented. When the counter reaches 255, the counter is then reset to Zero.

Copy this program to the Raspberry Pi and run it in the Terminal: python3 i2c_master_test.py.

Adjust the sleep time in the Python code in the case of getting too many serial bus errors.

So, this is a work in progress and I expect to try other methods from the SMBus2 library also.

The purchase price is going to vary greatly depending on how quickly you want the items. Therefore shop around checking out Amazon, Ebay and local electronic stores.

I hope you find this article useful – Using I2C Serial Bus to Connect Raspberry Pi to Arduino, please like and share.