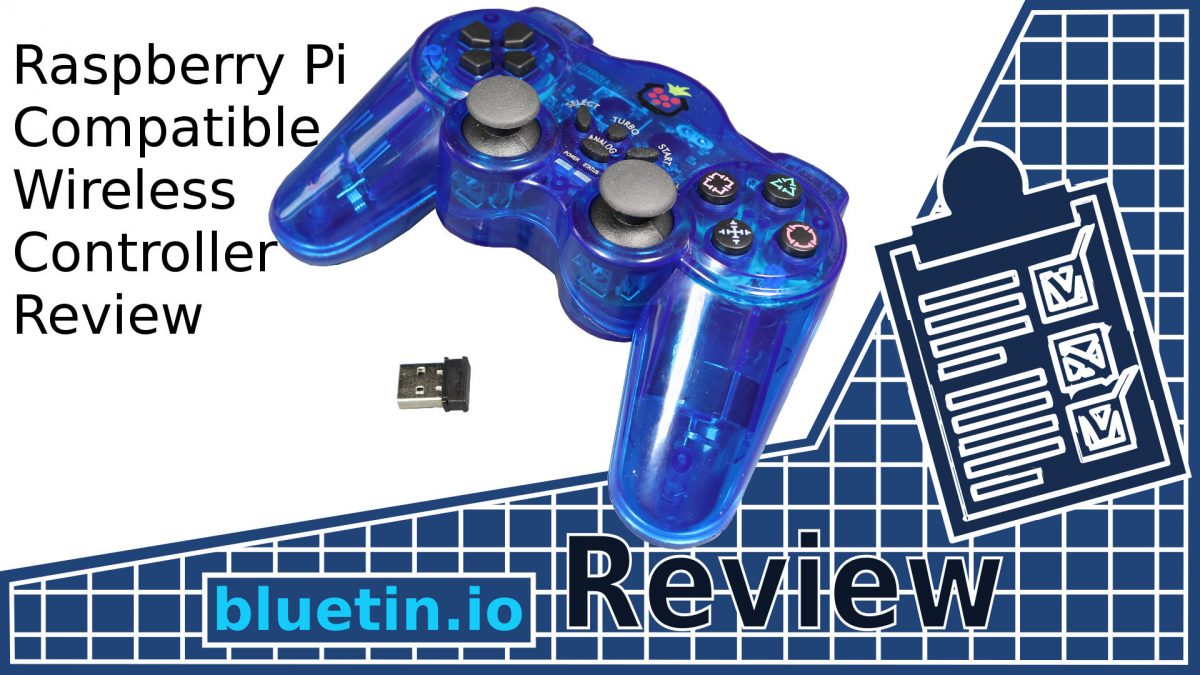 If you are looking for a Raspberry Pi Controller to control your robot then this controller is worth looking at. This article takes a closer look at the controller with details about its compatibility and button mapping.

The case design and button layout are similar to the PS3 controller style. In addition, the build quality feels good in the hand and the casing is transparent blue. Furthermore, the rear of the controller has a power switch and a battery compartment to fit three AAA batteries.

The above code retrieves controller information. Thus the terminal window you see above shows the output.

For the price of 14 pounds, this is a nice controller. I found it easy to work with because there are no pairing issues you find with Bluetooth. Also while the USB wireless dongle is plugged in, the controller is always connected. Therefore your controller software will always be able to load even when the controller is switched off.

In a follow-up article, I will be looking at how to use the Raspberry Pi controller from Python code.

I hope you find this article useful – Raspberry Pi Controller For Robot Control Review, please like and share.